New Orleans, the rich port city that the British attempted to invade in 1814 at the tail end of The War of 1812, is conducting a lavish dress rehearsal for an international bicentennial event to be held in two years. On January 8 the Chalmette Chapter of the US Daughters of 1812 will lay a wreath in Jackson Square. Then, on Thursday, January 10, The Hotel Mazarin will host a dinner attended by the British General Pakenham who lost his life on the battlefield.

Last week, however, the focus was on Jean Lafitte, the pirate who supplied the arms and a third of the soldiers to help Jackson defeat Pakenham. From left to right, Gray Line Pirate Tour guide Lori Dowden, Pat Gallagher, Louisiana Society State President of Daughters of 1812, Nadine Meyer, Jerry Songy and Lea Martin, State Chairman of the Chalmette Battlefield. 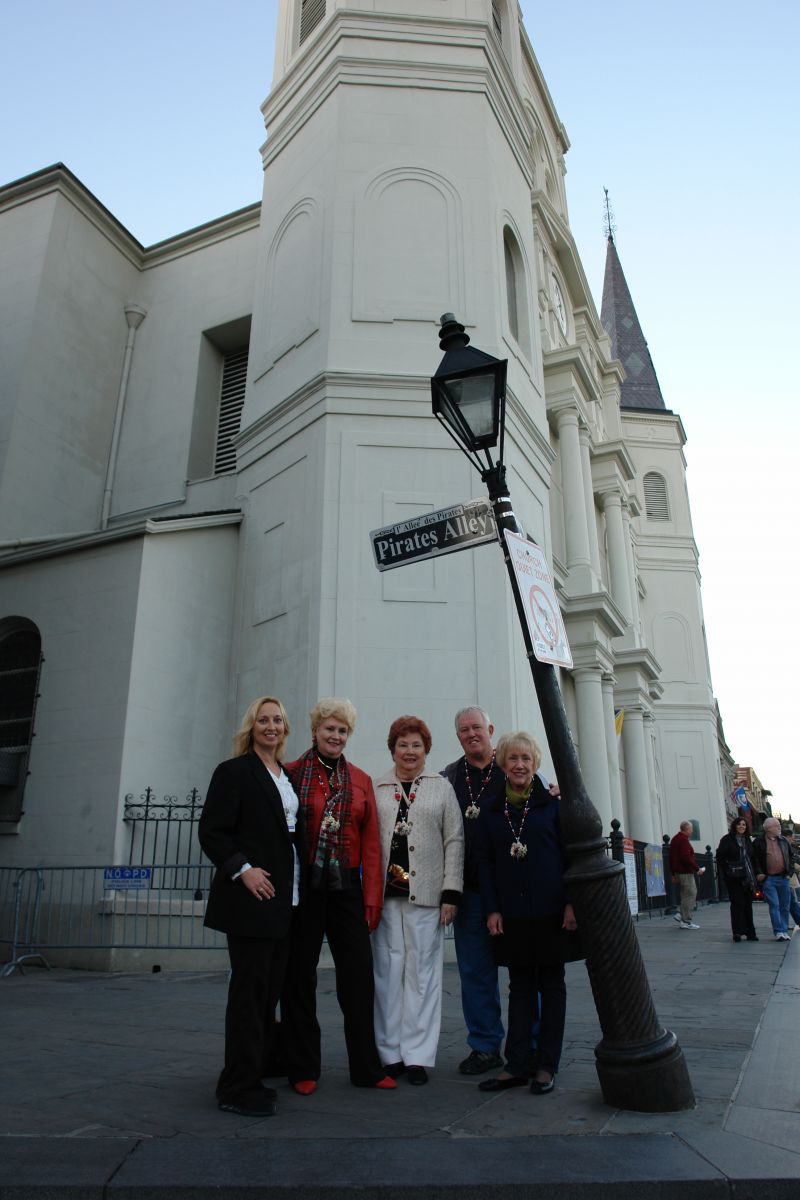 The Pirate Tour leaves at 4:30 daily from the Jackson Brewery. For information on General Pakenham’s “Final Supper,” go to www.neworleanshotelcollection.com/1812. For more information on the Daughters of 1812 and other War of 1812 events, log onto www.usdaughters1812.org.