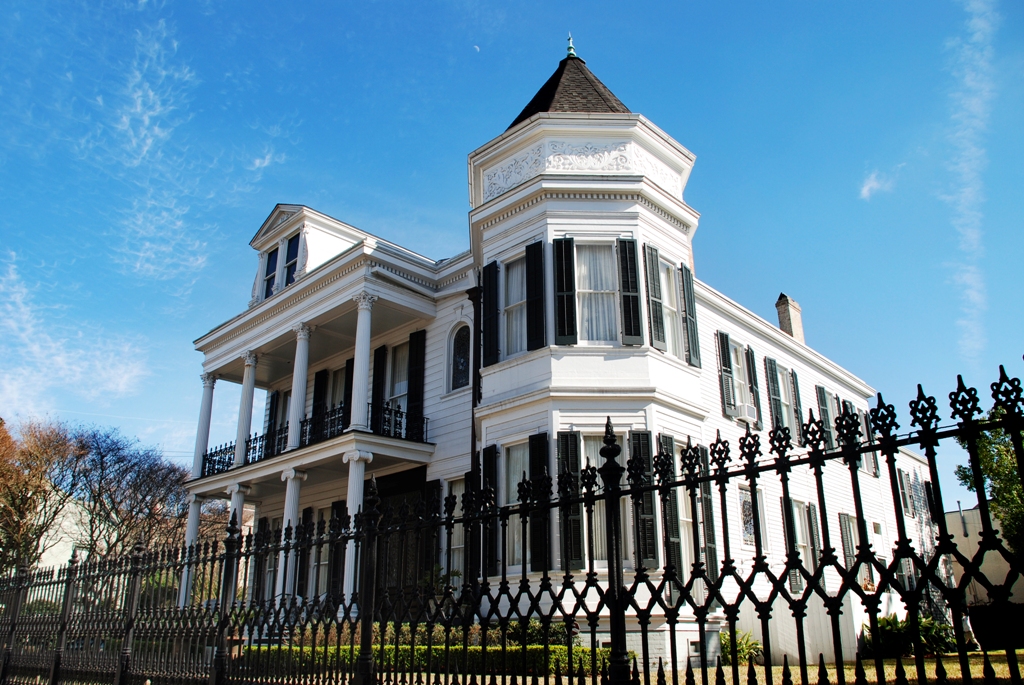 The date of the very first staging of opera in the Crescent City cannot be firmly established and seems forever lost to music historians.  But it can safely be stated that since 1796, in the final decade of the Spanish colonial era, New Orleans has had operatic performances on almost a yearly basis.  What is also significant is that, with few exceptions throughout the nineteenth century, each year the city hosted a resident company which was engaged for its principal theatre and which could be depended upon for performances throughout an established operatic season.

Gray Line is the only company admitted to this French Quarter Mansion as admission to private homes in the Garden District is restricted.