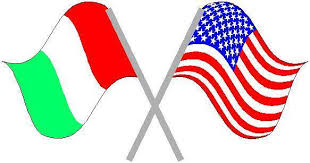 Although many people recognize the French influence, the Italians became strongly integrated into New Orleans culture and society over the decades. The Sicilian tradition of building elaborate St. Joseph’s Day altars is now a New Orleans tradition. And of course what is a holiday without a parade? (mark your calendars for March 2017). The city has had two Italian-American mayors, Robert Maestri and Victor Schiro. An obvious homegrown Italian contribution to the cuisine of the Crescent City is the muffuletta, a hearty sandwich of salami and provolone topped with a distinctive olive salad. Muffulettas, found at delis across the country, originated at Central Grocery on Decatur St. in the Quarter, a store still selling them to this day. Progresso, a national brand known for its soups, began as the Italian-owned Progressive Foods in New Orleans.

Nick LaRocca was an important Italian-American jazz musician at the birth of the genre, while New Orleans-born Louis Prima became a prominent singer and trumpeter during the swing era. The elegant Hotel Monteleone, first established by a Sicilian shoemaker, is a landmark in the French Quarter and is still run by the Monteleone family generations later.