Forget Shades of Gray - The new look for 2013 is Blue.   If you love blue, take a walk down to where Toulouse Street meets the Mississippi. Across from the NATCHEZ and below the historic riverfront Lighthouse, you can’t miss the newly branded Gray Line fleet in five shades of blue.

“The new bus graphics are a metaphorical nod to the river,” said Adrienne Thomas, Director of Marketing for Gray Line New Orleans. “The river is the reason New Orleans is here. It is the source of our commercial wealth and our ecological diversity. It is only fitting that the new international logo be intertwined with the Father of Waters as a local representation of a worldwide brand.”

The buses also sport the founding date of the company. “Gray Line has been conducting tours since 1910,” said Thomas. “New Orleans was the third city that Gray Line expanded into and we’ve been locally owned and touring the Crescent City since 1924. During that era, New Orleans was “rediscovered” by great writers like Sherwood Anderson and William Faulkner. The city was the Bohemian capital of the American South and everyone wanted to see the French Quarter.” 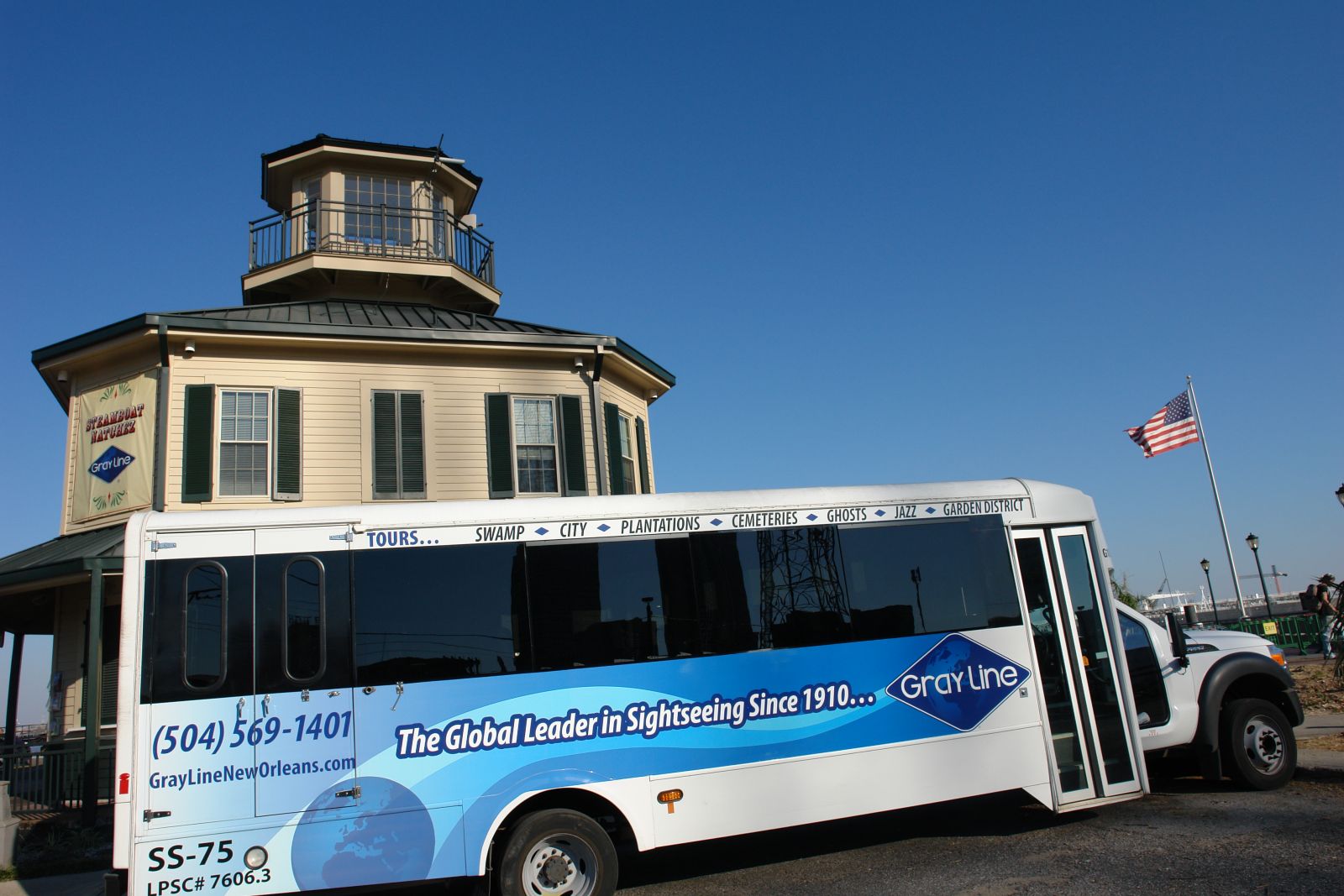 Apparently they still do. Gray Line now has 13 popular tours that leave the Toulouse Street Wharf every day.