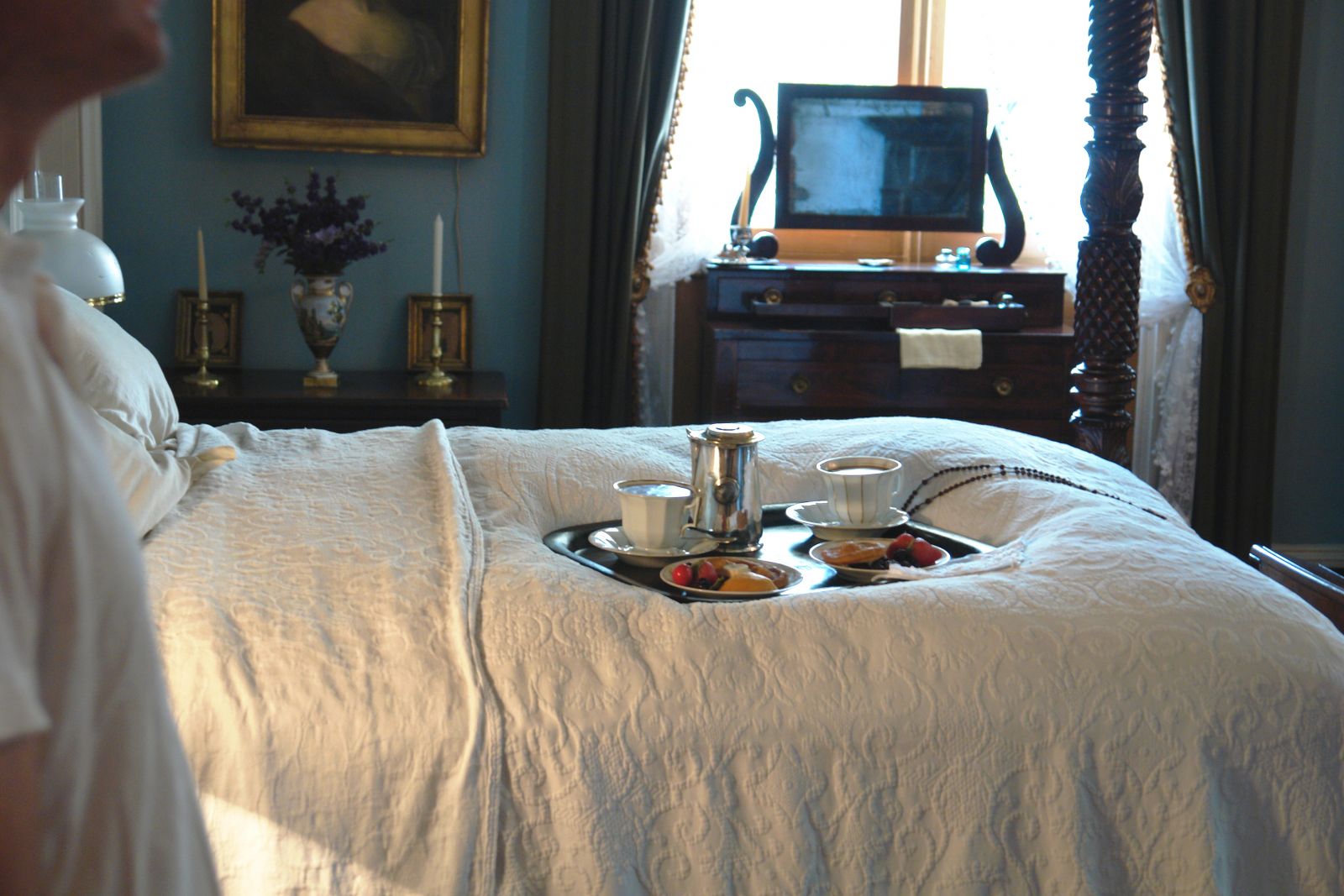 Breakfast in bed? Beds on the River Road plantations were often made of Spanish moss. Moss was boiled in large kettles until it turned black and fibrous. It was then dried and stuffed into the mattresses. Eventually, Spanish moss was also used as cushion stuffing for Victorian couches and Model T Ford seats. “Sleep tight, don’t let the bed bugs bite.” Above, a bed at Oak Alley Plantation, seen in the Gray Line Plantation Tour.